Last year, Vadim Sahakian and Artia Moghbel, two friends from middle school, did something most of us only daydream about. They quit their jobs and set off for a six-month adventure that took them across 13 countries in trucks, dirtbikes, and planes.

Sahakian, who worked in music production and multimedia, and Moghbel, who had a venture capital job working with early-stage startups, departed Los Angeles last August and headed to Alaska. They then roadtripped across the U.S. before visiting Africa and South and Central America.

To make the most of their trip, they were determined to avoid taking public transportation. "We had the itinerary in mind for a couple years and also knew that we did not want to travel from destination to destination by bus," Sahakian told Business Insider in an email. "Having our own transportation played a big role."

Each spent around $20,000 for the six-month trip, which included equipment and travel expenses. They spent a chunk of cash on a used truck in Alaska (which they later sold) and on motorcycles in Bolivia. The pair camped half the time, and spent the rest of their nights in hostels.

Sahakian said their biggest challenge was learning to ride dirt bikes in South America. "It was our first time on dirt bikes and our primer for learning how to shift gears and repair motorcycles was watching YouTube videos a couple days before our flight," he wrote. "Luckily we found a way to fix all our problems and operate the bikes."

Sahakian and Moghbel are back where they left off: Sahakian runs the music label Spirit Charity, and Moghbel is launching Glean, an online network for educators. But returning to the road isn't far from their minds. "We've been talking about buying motorcycles in India, riding over the Himalayas and into Nepal," Sahakian told us. "Then hopping over to Mongolia to ride around on horseback. Still just a pipe dream though."

Sahakian and Moghbel shared their trip photos with us: They are presented here along with their original captions. You can also check out their video, "Temporary Story," documenting the journey on Vimeo or at the end of this slideshow 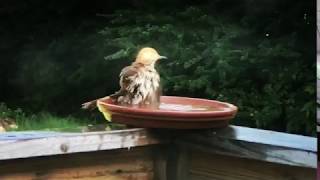 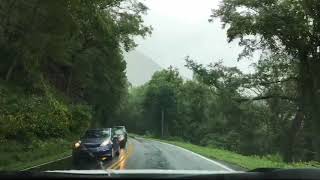 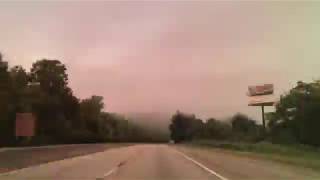